From the The Big Fat Panda YouTube Channel and uploaded by: BigFatPanda 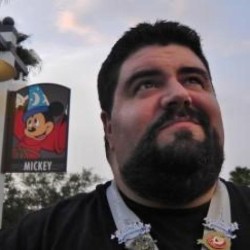 John Saccheri
John “Panda” Saccheri is the creator of the BigFatPanda.com YouTube Channel.

John has been rooted in the Disney culture from childhood. He only had the opportunity to visit Walt Disney World once, at the age of 5. After returning home, he never stopped talking about it, yearning to return. His parents were worried about his “obsession,” but John began working at the age of 12 with a focus on saving up for the next Disney trip. He was able to visit Disney World at least once a year from 14 years old onward.

Today, a successful entrepreneur, John was able to move from his hometown of Long Island, New York, to Central Florida to be close to the Mouse. Going to the parks still seems like a fantasy to him!